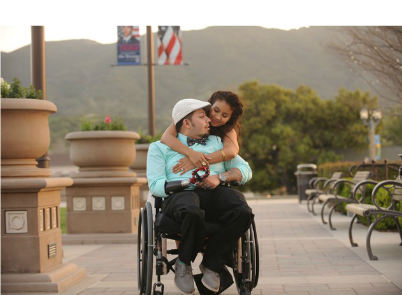 Temecula Wine Country—Wilson Creek Winery is pleased to become the latest in the group of organizations and people who have helped make the life of Marine Corporal Juan Dominguez a little bit better.

On Saturday, April 27, Wilson Creek Winery will host the “formal” wedding of Juan and Alexis Dominguez. The wedding will be held in the Tuscan-inspired gardens at the winery followed by a reception for about 150 guests, all as a part of Wilson Creek’s Giving Back to the Community Program.

“Our family has always been strong supporters of our troops,” says Bill Wilson, President and CEO at Wilson Creek Winery. “And those who have been wounded are very special to us. We do anything we can to thank them for their service.”

Cpl. Dominguez lost an arm and both of his legs when he came upon an Improvised Explosive Device while on patrol in Afghanistan in mid-October, 2010. He returned home a triple-amputee whose life would be forever changed. But not all of that change was bad. He met his wife, Alexis, at a home coming event for his Battalion the following April. A year later they were married in a civil ceremony in San Diego and that same year he became a candidate to be a recipient of a new home by the Stephen Siller Tunnel to Tower Foundation.

“When the foundation approached me about building a house, I had to choose a location,” says Juan. “Temecula looked like a great place to live and it was close to where I go for therapy in San Diego and I have some roots in L.A. so it was perfect.”

In January of 2012, actor and musician Gary Sinise asked the Temecula City Council if he and his Lt. Dan Band could play a benefit concert at City Hall to help his foundation (Gary Sinise Foundation) contribute to building a house for a wounded veteran who wanted to move to Temecula. The concert was held in March and along with other donations raised enough money to build Cpl. Dominguez and his wife Alexis a “smart home,” in Temecula.

“During the concert one of the people from the foundation approached us and said that Bill Wilson would like to donate their Wilson Creek Winery venue for our wedding,” recalls Alexis. “It was very kind and we are excited about having our wedding there. We can’t thank them enough.”

Wilson Creek Winery offers regular specials for military personnel including a standard military discount for wines and wine tasting. The winery is proud to be “the unofficial /official winery of the US Navy “filling special orders of custom labeled wine for many of the Navy ships visiting San Diego. In addition, each year Wilson Creek honors the Navy’s “Sailor of the Year” Awards Program at the Winery.

“Honoring the military is a tradition at Wilson Creek,” says Wilson. “When I heard this very special couple wanted to someday have a formal wedding, I didn’t have to think about it. We are all looking forward to the wedding, and I promise that it will be an event to remember.”

Wilson Creek Winery offers a full-service wedding facility featuring delicious wine-country cuisine, fine wines, and breathtaking views of the vineyards, mountains, and gardens. There is a dramatic open-air gazebo for ceremonies and an expert staff of wedding professionals is available to coordinate every aspect of the special event.  The facility welcomes up to 400 guests per event. 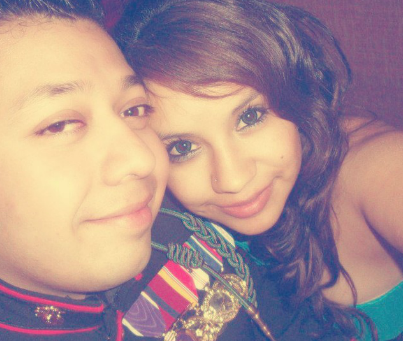