Giving Back with Global Conservation Force

Posted on December 1, 2017 in Giving Back, Wine Musings 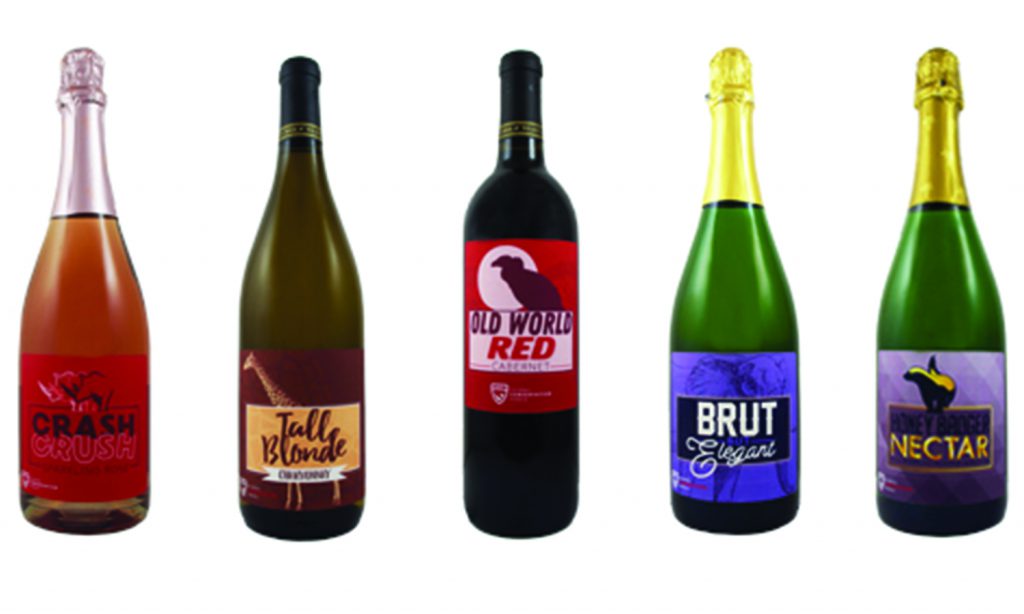 The holidays are all about giving back and loving on others. So this holiday season (and continuing afterwards) Wilson Creek is happy to contribute to the efforts of a great organization like the Global Conservation Force.

This is preventable extinction, and GCF is fighting to protect the wildlife by supporting the people who do it.

With every purchase of our Special Labeled Global Conservation Force wine, you are supporting “front-line” wildlife conservation efforts to literally protect and defend rhino, elephant, giraffe, vultures, and many other species at risk. See below for a peek at our Wildlife Wines and a little info on the animal it helps protect.

Honey Badgers are one of the most fierce creatures in Africa, yet they have a sweet tooth. The Ratel, as it is known in Afrikaans, has been known to take down lions and cobras. Although they are not commonly sought after by poachers, we like to symbolize the ferocity of the honey badger as we fight to protect other endangered species within their home range.

Elephant tusks are highly sought after by poachers. The social history of ivory has created a deeply sentimental market that is devastating to the elephants of the world. We are currently losing an elephant every 8 hours to poachers. Global Conservation Force works alongside rangers fighting to protect elephants from extinction.

Rhinos around the world face the same challenges: poaching for the international rhino horn trade, habitat loss, and civil unrest. Only five species of rhinos remain in the world. Many cultures believe a rhino’s horn has medicinal properties or it is used a status symbol; however, rhino horn is composed of keratin, the same protein that composes human hair and fingernails.

Giraffes also face challenges from civil unrest, and human encroachment on their habitat. The main causes of giraffe population decline are habitat degradation and poaching. The giraffe’s global population has declined more than 40% population decline in 15 years.

Vultures are natures ‘clean up crew’, ridding the environment of diseases on nearly every continent. Vultures serve as a barrier to prevent diseases from proliferating in dead animals and spreading. No other animal can perform this service quite like a vulture can. They are now the most threatened group of migratory birds on the planet.

Combo Pack ~ Get All 5 Wildlife Wines

Combo Packs are available if you want to collect them all! Get 18% off when purchasing all 5 bottles together (usually a $98.95 value)! Contribute to saving the honey badgers, elephants, rhinos, giraffes, and vultures all with one purchase!

For more information on Global Conservation Force, visit their website at www.globalconservationforce.org.

Wilson Creek Winery is dedicated to helping our community here in Temecula Valley, as well as communities around the world. When you purchase our Water Project Riesling or any of our Global Conservation Force wines, you are giving back to a community in need. And that’s the best gift of all.

Happy Holidays from all of us here at Wilson Creek Winery!

Posted on December 1, 2017 in Giving Back, Wine Musings